This is part of a sponsored collaboration with Prudential and DiMe Media. However, all opinions expressed are my own.

This is the begining of my journey as a Prudential Ambassador and I want to share with you how I am Feeling Financially Empowered with Prudential #Prupárate.  As I was growing up, I remember the issue of money being a taboo, something you just didn’t speak about.  No one ever spoke about how much they made, savings, or future plans.  I remember very few times in my life where we went to a bank, and when I asked questions I was told to mind my business. As I got jobs since I was 14, all my money went towards helping my Mom. I never had an allowance, nor a savings account. When I moved out at 23 I got a job, I would spend my money as I got it, and my budget limit was when my account was at zero.
After getting Married the pattern continued, and as a Military Family the income was not only a small one, but spending until we were over-drafted was more of a necessity than an accident.  Six kids later the pattern never changed, with my Husband being the only one with the stable income, it was always a regular thing to overdraft our account so we could make it by until the next payday. Five years ago my Husband left the Military after a 15 year career due to severe PTSD and Traumatic Brain Injury after, and as it was a sudden decision; we had no preparation for the next chapter in our lives. The severance pay that should have lasted us over a year to live off of, lasted us a few months as we moved from California to New York to start a new life as civilians. Fast forward those five years to the present, we have rebuilt from nothing after a house fire and no savings at all (click here to read our story).  We always wondered about speaking to a financial advisor but it was something that was as scary as it was foreign. “A financial advisor is only for rich people”. That was the most common misconception among everyone we asked.
A couple of months ago I was so excited to find out that I was chosen to be a Prudential Ambassador and as a preparation for my upcoming trip to Hispanicize; I did as much research of the company’s services as I could.

A day before Hispanicize began, we were honored to be invited to a cocktail event hosted by Prudential, for all of the Ambassadors that were attending Hispanicize.  I was so nervous to attend as I had only personally met Elayna from The Positive Mom, but as soon as I stepped inside the room; I was greeted by smiles and welcomes from everyone!

It was very nice to see the Prudential representatives speak to us and be interested in what we had to say, we heard about their mission, we all introduced ourselves and our blogs, and we all heard why each one of us was chosen as a Prudential Ambassador.  It was so good to hear that I was chosen with a special purpose in mind.
Towards the end of the night, we were all given a special gift that I wear daily.  It is a necklace and it represents to me the care that goes behind this campaign. 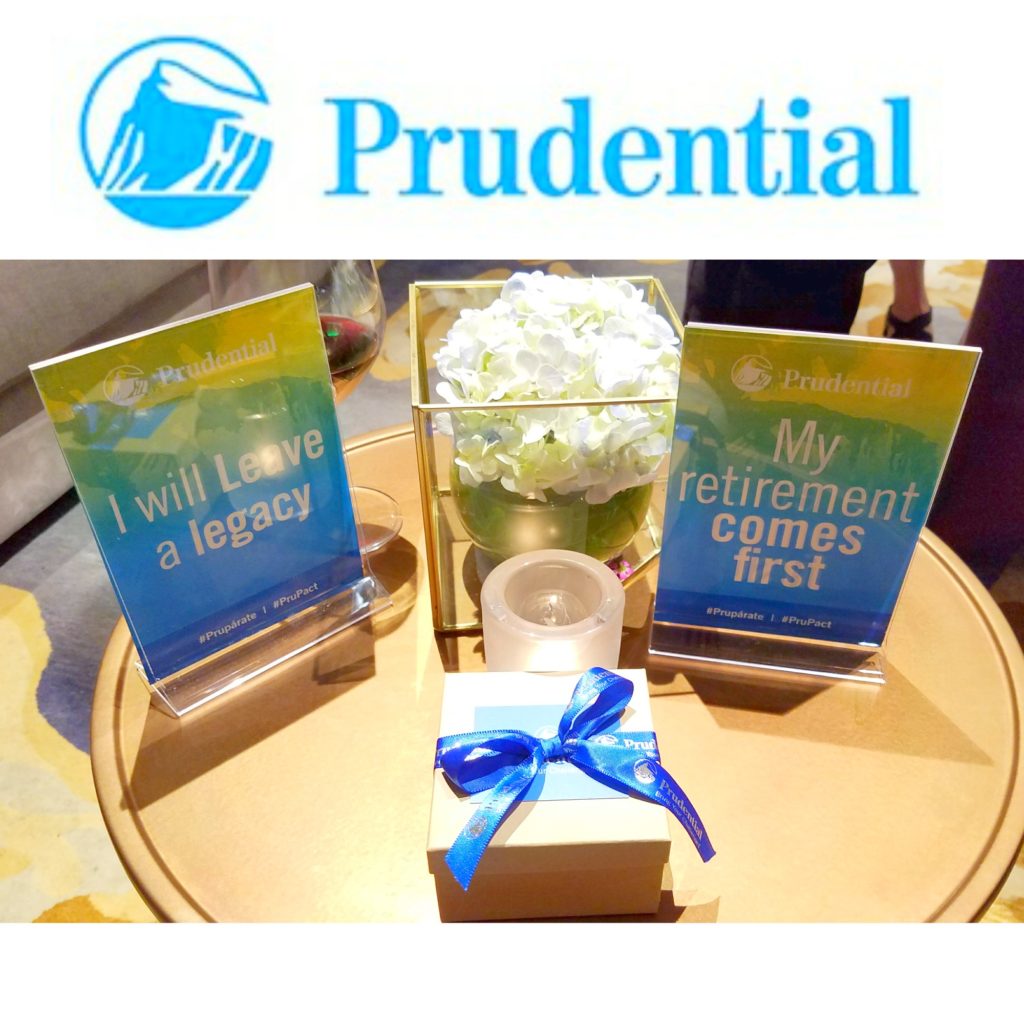 After the night was over, I was so happy that the Ladies invited me to go out to dinner with them.  I had a great time, we laughed, and I saw the beginning of some beautiful friendships. From left to right:
LaToyia from Motivated Mom, Myself, Claudia from Trendy latina, Mayrah from Coupon Mamacita, and front and center: Elayna from The Positive Mom

During my 6 days in Miami I learned so much, I learned that a financial advisor is not just for the wealthy, but for everyone! I learned that money is not a taboo and saving for the future in fact is something that we can speak about with friends and Family.  I will break up everything I have learned and will learn into several posts and shares so I don’t overwhelm you with too much in too little time, but I had to share with you the beginning of my journey with Prudential.
I can honestly say that it has been a life changing experience and I can not wait to learn and share even more!

For more posts about the things we are learning as Prudential Ambassadors, read these great posts:

Coupon Mamacita:
Planning for Your Future – How Prudential and Hispanicize Helped Me #Prupárate

Motivated Mom:
3 Tips To Make Up For Lost Time With Your Retirement

The Positive Mom:
3 Simple Ways To Build An Emergency Fund

Have you spoken to a financial advisor before?
Have you started a retirement savings account, or a College savings account for your children?
What questions do you have for the Prudential team, I will post the answers in our next post!